It has been a long time since we released the BETA Test F4 35A AIO FC, thanks for all of your love and waiting, after 4 months' continuous testing and improvement, now the Toothpick F4 2-6S 35A AIO Brushless FC is finally officially released! It is the first BLHeli_32 ESC 35A All-in-one toothpick FC on the current market. Come with 35A continuous current(40A burst), this board provided with massive levels of performance capability, and it maintains ultralight only 7g. This board supports 2-6S Lipo battery, perfectly suitable for the 4''-5'' toothpick drone, we highly recommend it for TWIG ET5 and X-Knight 4'' FPV.

Note: It is NOT recommended to use this board on full-size/heavy 6S drones, there is a risk of burnup. This is tailored for toothpicks and whoops. 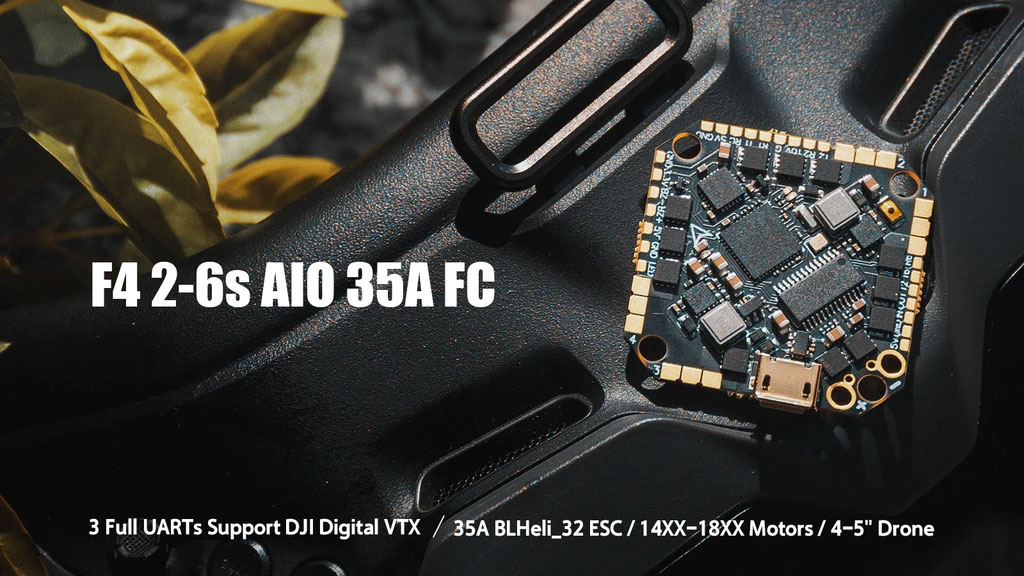 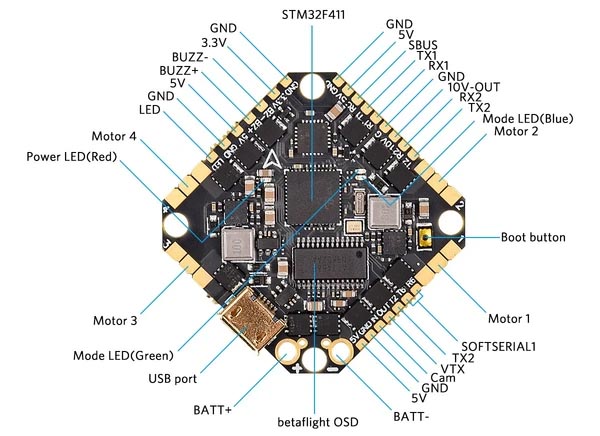